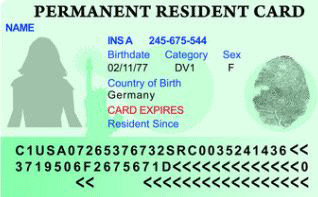 
This week, two CMB EB-5 projects received their first I-829 approvals. This is the top priority of an EB-5 Investor. An I-829 is the final step in the EB-5 process where immigrant investors achieve permanent residency in the United States.  What makes this announcement ever more exciting is the nature of the two partnerships. Many years ago, CMB identified the growing demand in the e-commerce, warehousing, and logistics sectors as ideal opportunities for EB-5 investments. CMB has now partnered with a world-class developer, Hillwood Development Company (Hillwood), on 22 different warehousing and logistics projects. CMB Regional Centers President, Noreen Hogan, said “Receiving the first I-829 approval for a partnership is a celebrated event at CMB because it represents the realization of the dreams and trust that our investors put with us.  It is and amazing accomplishment to see investors in CMB partnerships approaching the end of their immigration process and achieving permanent residency in the United States.”

The first partnership, CMB Group 23: Cannery Park/Rivendell, included the construction of an approximately 800,000 square foot logistics facility in Redlands, California, along with the horizontal infrastructure for a residential neighborhood in Davis, California.  These projects were funded in part by a $26 million loan raised through CMB Group 23 using EB-5 capital. The Group 23 partnership includes investors from five different countries: Brazil, China, Nigeria, Saudi Arabia, and Vietnam. This approval confirms that the Group 23 partnership investment created approximately 14.5 new American jobs for each investor, exceeding the 10 jobs per investor required under the rules of the EB-5 program.

The second partnership, CMB Group 33: West Hills, consisted of the development and construction of a logistics complex in Lehigh Valley, Pennsylvania.  CMB Group 33 funded $30 million of EB-5 capital toward the construction of three warehousing and logistics facilities totaling 1.6 million square feet as part of the West Hills Business Center. As with CMB Group 23, the Group 33 partnership included immigrant investors from five diverse countries: China, Brazil, India, Mexico, and Russia. Upon completion,  the project met all EB-5 requirements as now confirmed by the USCIS approval of the first I-829 petition in the partnership.

The foundation of the relationship between Hillwood and CMB is the mutual understanding that the loaned EB-5 funds that create jobs and spur economic development represent people around the world that are investing their hard earned money to make their dreams to immigrate to the United States a reality thought the EB-5 program.  The relationship between CMB and Hillwood has been built to be arguably the most successful relationship in EB-5 because of the success for CMB’s investors.  This relationship spans 31 partnerships, includes a 100% track record of success of approval of all projects adjudicated by USCIS, and return of capital to limited partners in 14 partnerships. CMB is currently offering multiple EB-5 investment opportunities with Hillwood serving as the developer.  For more information on CMB’s currently available EB-5 industrial logistics offerings with Hillwood development, please contact us here.

CMB engages Prevail Capital, LLC, a broker-dealer registered with the SEC and a member of FINRA and SIPC, to be the administrative placement agent for all CMB EB-5 partnerships.
-
Share This Post: Twitter | LinkedIn | Facebook