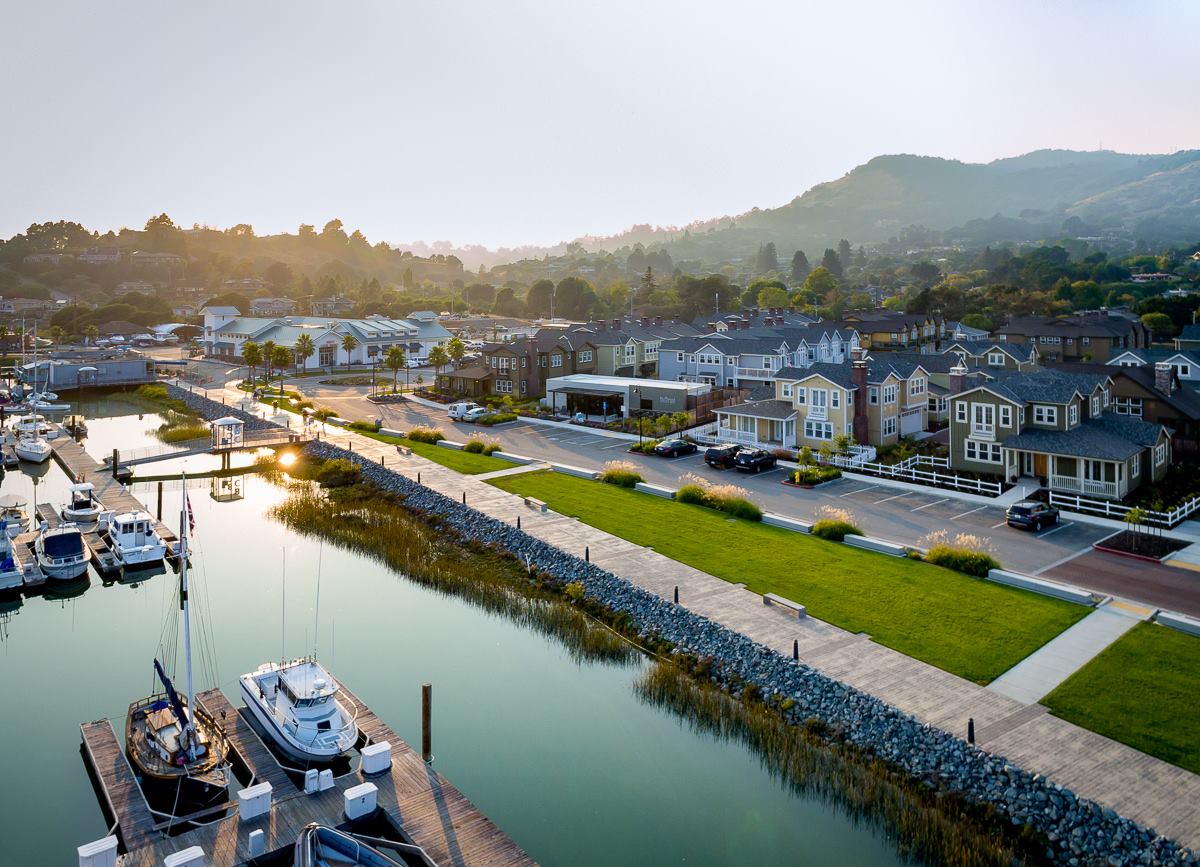 CMB Group 28 provided a $22 million loan for the construction of the Village of Loch Lomond in San Rafael, California. The Village at Loch Lomond is a mixed-use waterfront development located at the Loch Lomond Marina. The development has provided much needed residential properties to the San Francisco Bay area, including 17 below-market rate units that contribute affordable housing opportunities to the region. The project created 1030 full-time American jobs at zero cost to American tax payers.

When sharing her insight on the importance of EB-5 funding for the project, CMB President, Noreen Hogan said, “CMB is proud to be part of The Village of Loch Lomond success story. When the development was being considered, it was located in a high unemployment area and it was difficult for the owner to find financing. Even with the approval of the City of San Rafael, without EB-5 funds, this project - which includes affordable housing and protection of wetlands, may never have taken place.  There is a straight line between the EB-5 capital provided by CMB Group 28 and the development of this community of 81 residential and affordable units, multi-purpose retail, specialty grocery, and a common-area plaza on a beautiful bay-front location.  This project shows the good the EB-5 program can bring when it is utilized correctly.”

CMB is one of the oldest and most successful regional center operators in the EB-5 program.  Since CMB’s initial authorization as a regional center in 1997, more than 5,700 immigrant investor families have invested in a CMB EB-5 opportunity. Today, CMB operates 15 regional centers and has raised over $3 Billion in EB-5 funds, resulting in the creation of more than 186,000 new American jobs. If you would like to learn more about the EB-5 Investor Visa, or CMB’s current EB-5 offerings, please contact us to schedule a free initial consultation with a CMB Investor Relations Manager.

CMB engages Prevail Capital, LLC, a broker-dealer registered with the SEC and a member of FINRA and SIPC, to be the administrative placement agent for all CMB EB-5 partnerships
Share This Post: Twitter | LinkedIn | Facebook

Dear CMB Limited Partners, Associates, and Colleagues, We at CMB extend our hopes and prayers that each and every one of you are remaining safe and healthy As...

The USCIS posted a statement on its website that while it considers the court’s order, it would apply the regulations that were in effect before the 2019 were...

The USCIS posted a statement on its website that while it considers the court’s order, it would apply the regulations that were in effect before the 2019 were...

When The EB-5 Regional Center Program Resumes, We Will Be Ready

CMB Regional Centers’ (CMB) view on the reauthorization of the EB-5 Regional Center Program is discussed as well as thoughts on why prospective investors use...