The H-1B visa program currently accounts for more than 583,000 foreign workers employed in the United States, and is a highly sought out route to quality employment opportunities in the U.S. for the lucky high-skilled and educated foreigners who have been selected in the H-1B lottery. An H-1B visa is sponsored by the U.S. company employing the foreign worker and provides a visa for an initial 3 year period which can be extended for another 3 years.

However, even after overcoming the uncertainty of being selected in the H-1B visa lottery, the process of obtaining an H-1B visa has become more challenging in recent years.  Since 2017, the Trump administration has begun revamping the H-1B visa program, making it more difficult for applicants who submit an H-1B petition to qualify resulting in a higher rejection rate of 15.1% in 2019 compared to 6.1% in 2016, according to the United States Citizenship and Immigration Services (USCIS). 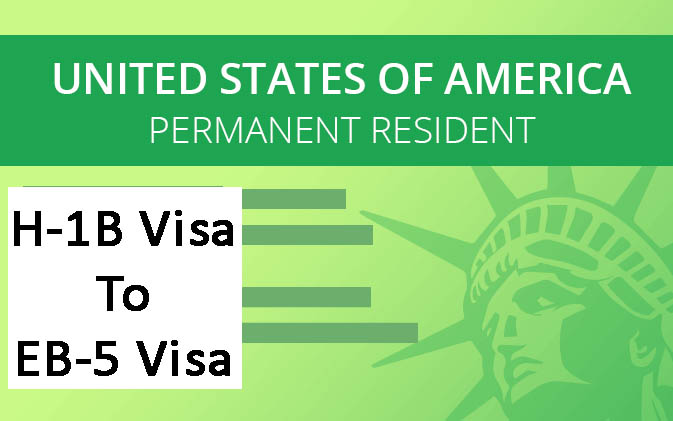 On October 6, 2020, the United States Department of Labor announced an interim final rule that will make it even more difficult for U.S. companies to employ foreign nationals under the H-1B program.

According to Ken Cuccinelli of the Department of Homeland Security (DHS), he expects that at least one third of all applicants will be rejected under the new set of rules that take effect on December 7, 2020. The new rule will require the employer to pay significantly higher wages to the H-1B workers, add scrutiny to the relationship between the required degree and the responsibilities of the job, and shorten the length of the H-1B visa for contract workers.

As the new rules are set to take effect in 45 days, current H-1B workers may not qualify to renew their visas under the new rules if their employer does not increase their salary in accordance to the new wage requirement.

According to the new rule, companies will have to pay entry-level employees receiving an H-1B visa a salary at least in the 45th percentile of their profession’s salary rather than the previous 17th percentile requirement, and wages for the higher-skilled workers would rise to the 95th percentile from the 67th percentile.

Among the 583,000 migrant workers currently under the H-1B category, approximately 70% are India nationals and 15% are Chinese nationals. As H-1B becomes more challenging for foreign nationals to pursue due to the new rules, many are seeking other U.S. immigration programs as an alternative option to live and work in the U.S. See our article Move over H-1B 5 visa options.

EB-5 has also become an increasingly important economic stimulus tool for the U.S. economy by bringing in over an estimated $41 billion by foreign investors according the EB-5 industry trade association Invest in the USA (IIUSA), which has resulted in the creation of hundreds of thousands of jobs for American workers at no cost to U.S. taxpayers.

The EB-5 program requires the principal applicant to make an investment amount of either 900,000 USD or 1.8 million USD (depending on the location of the investment) into a New Commercial Enterprise within the U.S. and demonstrate the preservation or creation of at least 10 qualified U.S. jobs.  Unlike other programs, EB-5 does not require the principal applicant to have any business experience, education, specialized skills or language skills to participate.

The EB-5 investment can include not only the principal applicant, but also qualified family members such as their spouse and any un-married children under the age of 21. Additionally, unlike the H-1B visa which is a non-permanent work visa tied to a specific employer, the EB-5 program provides a permanent residency visa with little restrictions, also known as a green card.

As green card holders, the principal applicant and their qualified family members can reside anywhere in the U.S., are granted the same rights and benefits as a U.S. person, and also provides a path to U.S. citizenship. There are also no employment restrictions, which affords the green card holder the ability work in any field and they are not required to reside in the same state as their EB-5 investment.

With 23 years of experience, CMB is one of the oldest active regional center operators in the EB-5 industry. CMB represents over 5,700 investor families from 102 countries that have chosen to invest in one of CMB’s 75 EB-5 investment opportunities.

As of today, CMB has helped over 1,400 families achieve I-829 petition approval (permanent green card) to permanently live and work in the United States and has returned capital to over 1,700 investors. Few regional centers have come close to achieving this level of success for their EB-5 investors.

CMB engages Prevail Capital, LLC, a broker-dealer registered with the SEC and a member of FINRA and SIPC, to be the administrative placement agent for all CMB EB-5 partnerships. If you would like to learn more about the EB-5 Investor Visa Program, please contact CMB Regional Centers.
Share This Post: Twitter | LinkedIn | Facebook

The IIUSA Virtual Industry Forum will continue this week, with guest of honor Charles Oppenheim, Chief of Visa Control and Reporting Division at the U.S. of...

Does a New Administration Bring Changes to EB-5?

It is projected that former Vice President Joe Biden is elected as the new President of the United States, taking office in January 2021.  Many prospective be...

Two New EB-5 Projects with I-829 Approvals-Investors Receiving Permanent Residency (Green Cards) The EB-5 investor, the investor's spouse, and any...

On September 29, 2020, Judge Jeffrey S. White of the US District Court of Northern California granted a preliminary injunction, temporarily stopping the to a...