EB-5 Minimum Investment Level Is Rising, Make Sure You Are Conducting The Proper Due DiligenceAugust 2, 2019

Almost every person who has ever considered the EB-5 visa is by now familiar with the industry’s warnings that there would be reform within the EB-5 program.

Many thought that the regulatory changes, first proposed in January of 2017, would never become effective. Some regional centers and developers thought that they could use their political capital to allow the status quo to continue. It turns out they were wrong as the regulatory changes will become effective on November 21, 2019. While many within the EB-5 industry bantered back and forth about how the reforms would impact affluent areas such as New York, CMB used its 22 years of experience in EB-5 to prepare for the changes we knew would be inevitable.


New EB-5 applicants hoping to move forward before the November 21st effective date of the new regulations and the increase in the investment amount must continue to do their due diligence. Sacrificing proper due diligence on an EB-5 project in order to move quickly to fund and file an I-526 petition could have dangerous consequences. For some regional centers and developers, especially those with projects in places like Manhattan where TEA gerrymandering had become commonplace, this will be their final attempt to secure EB-5 funding. These types of projects probably should not have ever and may never again qualify for the minimum investment threshold. It is important that you know and understand what you’re investing into during this time-sensitive period. EB-5 is often one of the most important decisions a family looking to immigrate to the United States will ever make. It is far too important to risk everything by moving forward with a regional center with a limited track record, into a project offering too good to be true returns, or perhaps the most dangerous, a project that was poorly structured in hopes that the status quo would continue for years to come.

Throughout the history of the EB-5 program, some of the most commonly asked questions by prospective clients have centered upon project completion, which is typically a critical component to satisfying the most basic job creation requirements of an EB-5 investor. This is most commonly assured by securing full funding for the project. A prospect considering EB-5 must ask themselves, does this project have a plan in the event that the full EB-5 component of the capital stack cannot be raised prior to the new regulations taking effect in November? Does the project qualify as a TEA under the new regulations? Will the regional center be able to raise funds under the new regulations? If the regional center cannot complete the EB-5 raise, what happens to my immigration pursuit as well as my capital investment?

CMB Regional Centers (CMB) has carefully weighed all of these factors in the structuring of each of our current partnerships. Unlike many other regional centers within the industry, CMB is not a developer. CMB identifies qualifying projects and structures unique limited partnerships that raise EB-5 investor capital to serve as lenders, which assists developers with the construction of their projects. With each loan that a CMB partnership provides, we carefully vet each developer’s track record confirming their qualifications and history of completing projects, confirm that all necessary entitlements, permits and approvals are in place to commence construction, and that all necessary insurance policies are in place to protect the project throughout its construction and operations phases. CMB also confirms that all funding sources have been committed to the project and when negotiating each loan, CMB requires each borrower to make spending covenants and to provide completion guarantees assuring project completion.

Completing any EB-5 fundraise in time to meet the needs of a developer, no matter the market conditions, can be challenging. Developers have their own interest at stake that can often come into conflict with those of the EB-5 investors. To balance that risk, many regional centers allow the developer to subordinate the EB-5 raise that cannot be completed to additional debt that will be required to complete the project. Developers need this flexibility. Remember, a developer’s primary motivation is often to complete and operate their project regardless of the impact on the EB-5 investors. This may ensure that the project is built, but it could also jeopardize the repayment of the EB-5 funds as this last second “rescue capital” can leave a heavy cost burden on the project. A regional center that has not planned for this could be exposing their EB-5 investors to undue risk. Additionally, any investor considering a regional center that is owned by or affiliated to the developer of the project should ask questions about potential conflicts of interest. If the EB-5 raise falls short or if something goes wrong, whose interests will the regional center/developer serve?

To prevent the project’s construction from stalling, CMB has worked to make sure that our current EB-5 fundraises are bridged by either an overfunding of developer equity or a bridge loan. Both strategies allow the position of the EB-5 loan in the capital stack to be fully funded until EB-5 funds can be raised and made available for the project. This helps ensure that the project will be completed, jobs will be created and, if the EB-5 raise does fall short, it can provide protection against negative economic consequences of an underfunded construction project. Ultimately, we think about the chances for success of the first investor as well as the last investor in any of our partnerships. The first investor needs to be able to move forward in confidence that if originally anticipated number of investors cannot be subscribed, they will still be protected and the project will not stall.

The EB-5 industry has been plagued by numerous half-baked projects that have failed due to shortfalls in the overall planning and funding needed to complete their construction. A regional center that could not solve for these issues in the past and is currently raising EB-5 funding should be a major red-flag now. Aspiring investors also need to be weary of so-called “recession proof” markets. Just because a project is located in a major U.S. city does not a guarantee recipe for success. Currently, there are major EB-5 projects making headlines, especially in New York City as the luxury condominium market is experiencing a downturn. The downturn was outlined in a recent Wall Street Journal article entitled “Manhattan Condo Slump Starting to Imperil City Developers”.

One of the most important considerations that must be weighed is whether or not the regional center you are considering will continue to remain active in EB-5 throughout any downturn that may occur following the increase in the investment amount. Additionally, the disqualification of former TEAs, such as those in Manhattan, will likely cause several developers active in the New York market to simply move on to other sources of financing altogether. If this happens, will you have the support you need throughout your immigration process? If something does go wrong, will they be around to answer questions? Will they continue to employ the professionals that you may rely upon for assistance?

Any potential EB-5 applicant needs to ask each regional center what their plan is for the future. One of the biggest indicators of a regional center’s future viability would be whether or not the regional center currently has projects that will continue to qualify under the new regulations. As many have manipulated the TEA rules to their advantage in the past, CMB takes a more conservative approach. While some said that it would be impossible to raise EB-5 funds if the investment amount were increased, CMB partnerships took on multiple non-TEA projects and successfully subscribed investors at the $1,000,000 investment level. We know from experience that EB-5 applicants will invest more capital when they are given the right EB-5 opportunity. We believe that there will continue to be interest in pursuing an EB-5 Visa even after the investment amounts increase. CMB employs three in-house economists who continuously review TEAs for potential projects and we have continued to find quality opportunities that will qualify under the new regulations. Even CMB’s Group 48 project, Century Plaza, would have qualified under the new regulations as the TEA for that project was a two census tract (directly adjacent) configuration. Today, CMB’s currently available Group 69 Partnership featuring a Kessler Collection Autograph by Marriott Hotel in Greenville, South Carolina qualifies in just two directly adjacent census tracts, which means it will qualify under the new regulations. CMB has a pipeline of projects that will continue to qualify for the minimum investment amount under the new regulations. As such, we will continue to work with both our existing clients as well as new prospective clients wishing to pursue an EB-5 Visa for years to come.

CMB’s history and track record demonstrates our ability to meet the demands of a changing industry. Although these reforms mark the first major regulatory changes in over 25-years, they are not the first changes to impact the way a regional center will need to operate in order to continue meeting the requirements of the EB-5 program. Each time change has come, whether through new precedent setting decisions, through evolving policy memorandum, even through lapses within the program, we have adapted and our investors have continued to achieve their goals.

Who is CMB Regional Centers?

CMB Regional Centers is one of the oldest active regional centers in the EB-5 industry with over twenty years of experience. CMB continues to structure our partnerships with the goals of the investors in mind and to give them the greatest likelihood of achieving a permanent U.S. green card. CMB has a 100% approval rate on all of our partnerships that have been adjudicated by the USCIS. Since 2015 when the continuous short term extensions of the EB-5 regional center program began, CMB has consistently undertaken smaller and more manageable projects that could easily and quickly adapt to legislative or regulatory changes in the EB-5 program, thereby protecting our investors and their immigration pursuits.

CMB has over 5,300 investors from 99 countries, representing over $2.9 billion in EB-5 investment capital within 69 partnerships. To date, CMB’s investors have experienced over 4,800 I-526 approvals, over 1,100 I-829 approvals, repayment of over $1 billion in EB-5 investment capital from CMB borrowers, and a return of capital (or in the process of returning capital) to investors in 20 CMB EB-5 partnerships. 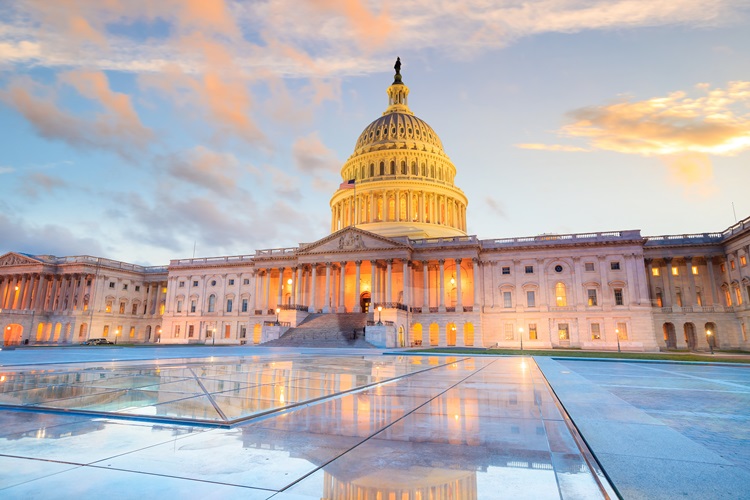